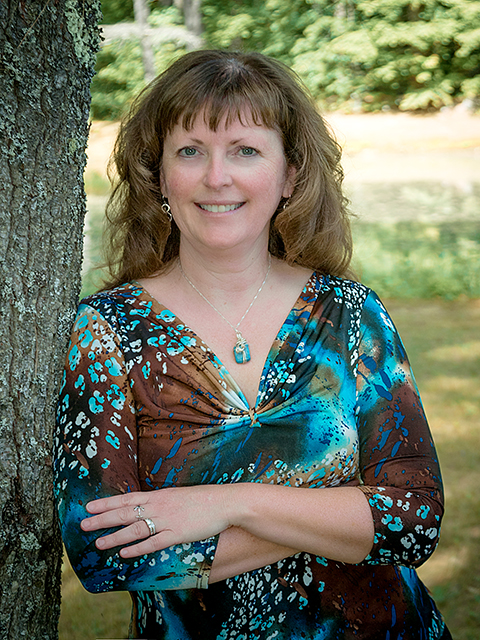 who has a truly unique gift of delivering the insight and information that you need to find resolve or closure in your life situations. Her readings can shed light where there seemed to be none, delivering insight and action steps where there seemed to be no possible solutions available. Energy sessions are intuitively guided and energy is channeled using Usui / Tibetan Reiki symbols, as well as Universal Love energy exchange.  A session with Barbara will help you to let go of issues that are keeping you from joy, she will help you move forward in areas you feel stuck, ease painful emotional and physical issues and grow and evolve as the spiritual being that you inherently are!

Barbara started to wonder at an early age...

if there wasn't more than meets the eye when she could see what appeared to be 'shadow' people around her at night when she was put to bed.  When she got older she would hear people speaking, it sounded much like a low volume radio playing which could be annoying. She also received impressions around objects such as antiques, people's clothing or jewelry. She found herself avoiding large gatherings as the impressions got stronger, as well as antique shops.  When she got older she found creative ways to cope with the sensations.

During a two year period, while renovating a 1700's colonial home, she felt accompanied by a Spirit she would name the Captain, only to find out later in fact that a Sea Captain had built the home for his family.  Around this time, she met Isabeau Maxwell (formerly Esby) who would later explain that her abilities were a gift, which began the process of Barbara working with Isabeau for two years and The S.A.G.E. Method (Self Empowerment - Accuracy - Growth - Ethics) to increase her accuracy, and use what she knew as a way to help others. Barbara believed The S.A.G.E. Method was a gift from the Divine, as it also reminded her 'who she was' and helped her find her way back to the joy she had as a child!

Barbara has also spent time with other intuitives, such as the amazing Kelly Libby, who taught her different types of meditation techniques to gain a stronger bond with her guides, cultivating and fine tuning her Spirit connection.  She was blessed in 2016 to attend Soulapalooza with the inspiring Dooley brothers (Mike and Andy), davidji the meditation master, along with Pam Grout ever an explorer in the area of abundance, love and peace. An experience which furthered Barbara's determination to help others on a larger scale connect to the fact that Love is who they are, that we are never ending, and you should experience profound joy and a sense of adventure in this lifetime.

Whether you are looking to connect with the other side for peace or guidance on your personal journey, or to bring back the joy that seems to be alluding you, Barbara is always grateful for the opportunity to sit with you and be a channel for that insight. She is honored to share the messages she receives and get you back to feeling like the real you again!

So spend some time with Barbara and enjoy the process.  It will truly be amazing!

You are the reason!

I have never been in the presence of a sitter, their loved ones and guides, when I was not blessed by it.  I thank you for allowing me to be the one to assist you at this time on your life journey. Always in gratitude, Barbara

Find Your Passion and Soar

It's easier than you think...

Be the Love You Are!

By Being Authentic You Inspire Others

Life is an Adventure

Be the observer and see the blessings!

Please contact me by telephone or email to begin the process of getting back the peace and clarity you know you deserve; and follow me on Facebook @intuitivebarbarafe, and at my You Tube channel for inspiration and event locations.

The Time is Now!